I remember my first adoption like it was yesterday.  Three of my four children’s adoptions have been relatively straightforward and simple.  My first adoption, however, was not one of those three!  The adoption of my eldest, Ethan Alexander, was a soul tsunami.  I am so glad I went through it, because we got him!!!   That being said, it was not easy.   I’d like to share a small portion of his adoption story with you. 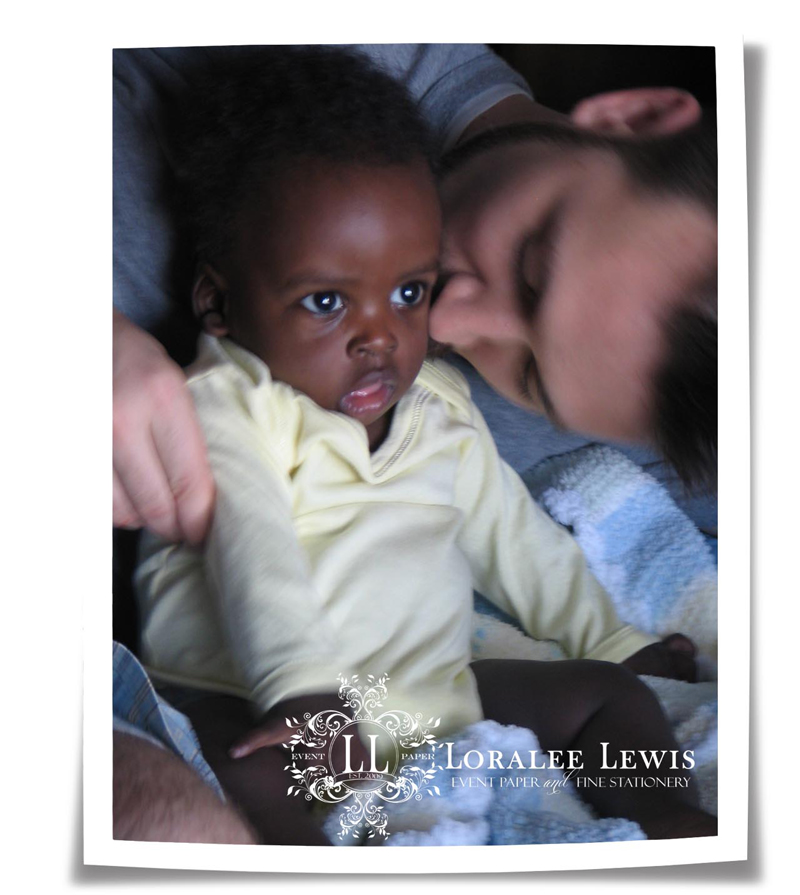 In January of 2007, after many months of heartache and trial in fighting for Ethan, we came to a very important part of Ethan’s adoption process.  We needed to appear before the Ugandan High Magistrate, the highest court in Uganda, to receive an adoption ruling.  This would be the make or break of whether or not our six-month old baby, Ethan, would qualify for a visa and come home to the United States.  The day before our hearing, the front page of the top newspaper in Uganda was plastered with an article about International Adoption.  The High Magistrate (the judge we would be seeing the very next day) stated in the article that he believed international adoption to be child trafficking and he would not approve any international adoptions in his court.  (At the time, Uganda did less than 4 adoptions a year.)  The chances had been slim to begin with that we would get Ethan, now it seemed impossible.  Heartbroken and scared, we began to fast and pray.  In our eyes, it was not only a fight for bringing home our baby – we were also fighting for Ethan’s life.  We had been fostering him in our Ugandan “home” for several months.  In the orphanage, he had Malaria twice, Measles once and been labeled by the foreign doctors as failure to thrive due to lack of interaction.  There was no way I would take him back to the orphanage.  He was ours and we were his.  I would live in Uganda forever if I had to.  We prayed that the Judge’s heart would be softened. 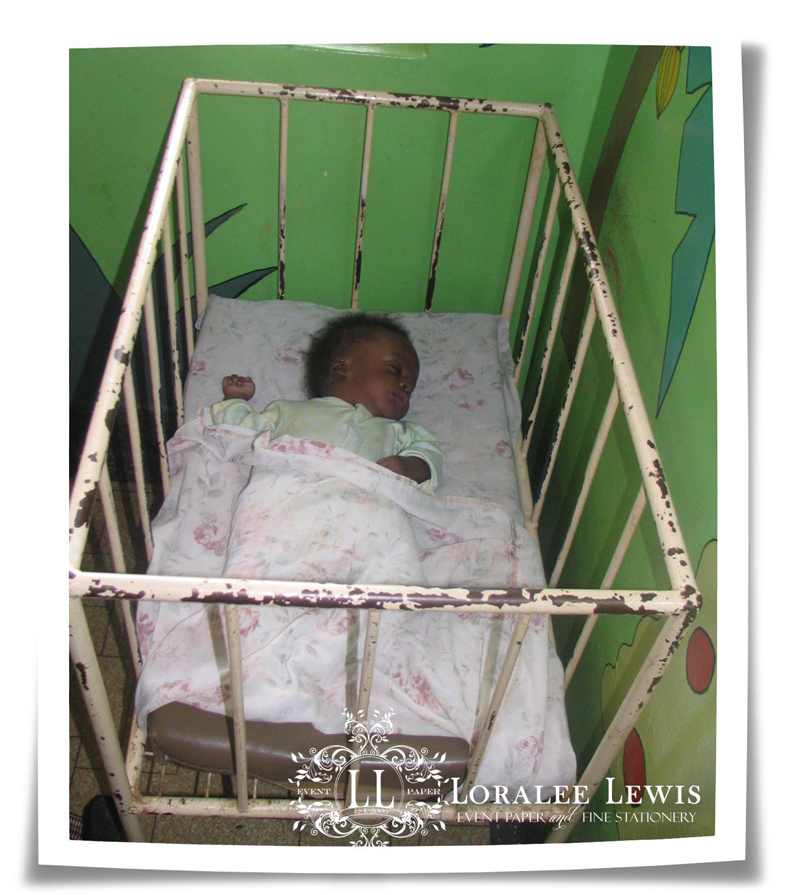 The next morning, I remember slowly walking into the Ugandan High Court.  High Magistrates are Gods in Uganda.  I had been instructed to not look at the judge and be completely quiet to show as much respect as I could. I followed the directions and hoped that little Ethan wouldn’t cry as I clung tightly to my baby.   The proceedings began.  Our lawyer pleaded our case.  The High Magistrate stated that his heart had been touched and he was ruling that Ethan was legally ours!  Elated we left the court room.  We believed we had witnessed a miracle!

We received the court ruling written out the next day.  This was the last piece of paper we needed to get Ethan’s visa and fly him home.  They had our orphan investigation, health reports, home studies, etc.  This was all we needed.  Thrilled we went the Embassy.  At this point in the adoption, the US Consulate knew me all too well. I guess you could have called us frenemies.  I had been careful to follow every rule the consulate and Uganda Government set.  My goal in adopting Ethan was to do everything perfectly and correctly, to make it easier for future adoptions in Uganda.  This seemed to thrill the US Consulate.  It seemed as if he had a personal vendetta to make it as difficult as possible for me to bring Ethan home.   The consulate looked over the ruling.  It stated that Ethan was formally adopted by us, that Uganda recognized him as our son.  The consulate didn’t like it.  He said he wanted different wording.  He wanted it explicitly to say, Ethan could travel with us.

In Uganda, you don’t tell High Magistrates how to write their rulings.  Especially, when it was a miracle ruling to begin with.  But the US Consulate wouldn’t budge.  My lawyer was worried about being disbarred if she asked the judge to change his ruling, but I prayed.  Weeks passed and she stood by the door of the High Magistrate for hours and hours waiting for a moment to plead the case.  Miraculously, she met with him and the magistrate agreed to change the ruling to the wording specified by the consulate.  I immediately texted the consulate to make sure it was the correct wording and that we would receive a visa.  (Yes, we had each other’s cell phone numbers at this point.) The US Consulate texted me back that it was the correct wording and that if I got that wording he would give Ethan a visa.  The High Magistrate’s office said I would receive the corrected ruling the next day. Thrilled I went to my Ugandan home to pack me and Ethan’s bags!

The next day, in the middle of packing my bags,  I received a phone call.  It was my lawyer, Vicki, she was crying.  She said, “Loralee, I am so sorry.  I picked up the corrected ruling and brought it to the High Magistrate to sign.  But instead of signing it, he picked up his pen and tore a hole through the ruling.  He said that he never said any of it and that he would never approve your adoption.”  I bawled. 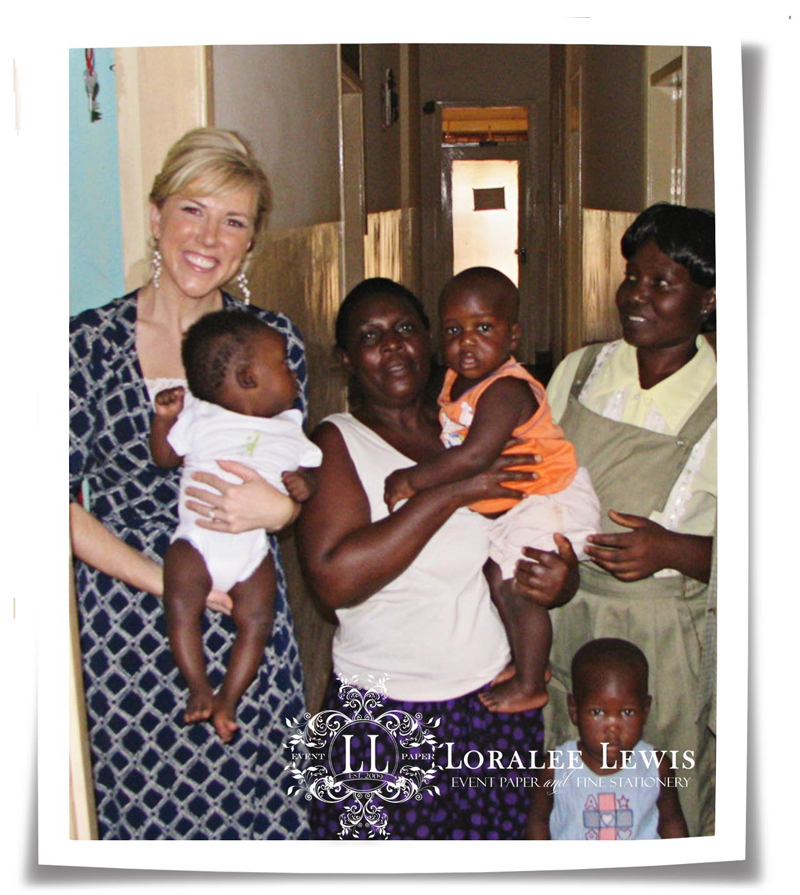 The next day, I didn’t know what to do.  So I just fasted and prayed.  I didn’t leave my house.  I just prayed with my little six month old baby boy hoping that something would some how happen to fix what was broken.  At 4:30 in the afternoon, I received a phone call – it was Vicki, my lawyer.  She had gone to the judge that afternoon and pleaded with him.  The High Magistrate signed the new ruling!  I couldn’t have been more thrilled.

Armed with the new court ruling (with the new approved wording), I arrived at the US Embassy.  Happily, I handed the new ruling to the consulate.  He looked over it and then stated that he had changed his mind.  He would not give Ethan a visa.  He wanted new wording.  I stared at him. How could he do this to me?  To my son?  This was the exact wording he had asked for.  I had texts from him proving it!!!  He didn’t care what he had said before.  He now wanted it to include not only that Ethan was formally adopted, that he was our son, and that he could travel with us – he now wanted it to say specifically state the United States – even though United States was written all over the document, he wanted it in another place.  I was devastated.  At this point, I could travel with Ethan to Canada, China, Mexico – just not the United States of America. I didn’t know what to do. 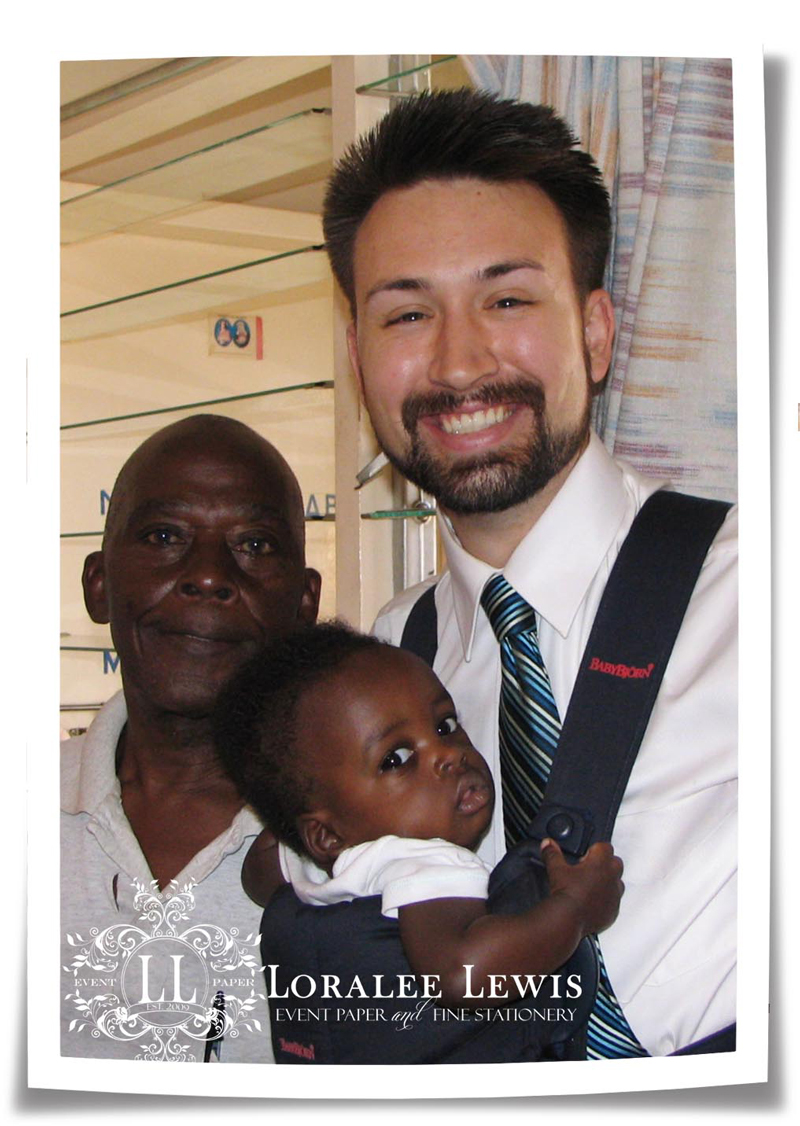 Despite our best efforts, the Ugandan High Magistrate had reached his limit.  He didn’t believe in international adoption in the first place.  He wouldn’t adjust the ruling again for the US Consulate.  My son was caught in a power struggle.  Six months passed and nothing changed.  We pleaded with both men.  Neither would budge.

During this time, I read books and watched movies to cope.  With a limited selection in Uganda, I watched The Lord of the Rings trilogy at least ten times.  On a particularly difficult day, I went for a walk.  I was so heartbroken, I could hardly move.  It seemed as if there were no answers to my problems.  I walked slowly through my neighborhood.  As I walked, I thought about the ending of the second Lord of The Rings movie – The good guys are fighting the bad guys in Helms Deep and although they have fought valiantly and received help from the elves – there is no hope.  They are defeated.  They will die.  Then right before their utter destruction, Gandalf comes riding on a white horse and saves them.

As I walked, I kept thinking about Gandalf and The White Horse.  I wondered where my white horse was. Why had God not come and saved me and my son from this trial?   Where was He?  I couldn’t have kids biologically.  I had trusted the Lord and felt that I had been led to Uganda adoption.  I had fought valiantly for over a year for my child.  Miracles had happened. So now, at the last moment, where was He?  Where was my white horse?

“Where is my white horse?” I thought as I walked.  He is supposed to be here.

Right then, I looked down at my feet and standing right in front of me on the concrete was a small plastic white horse.  I bent down, picked him up, and cried.  God was going to come.  He was telling me He was on his way.  My White Horse was coming. 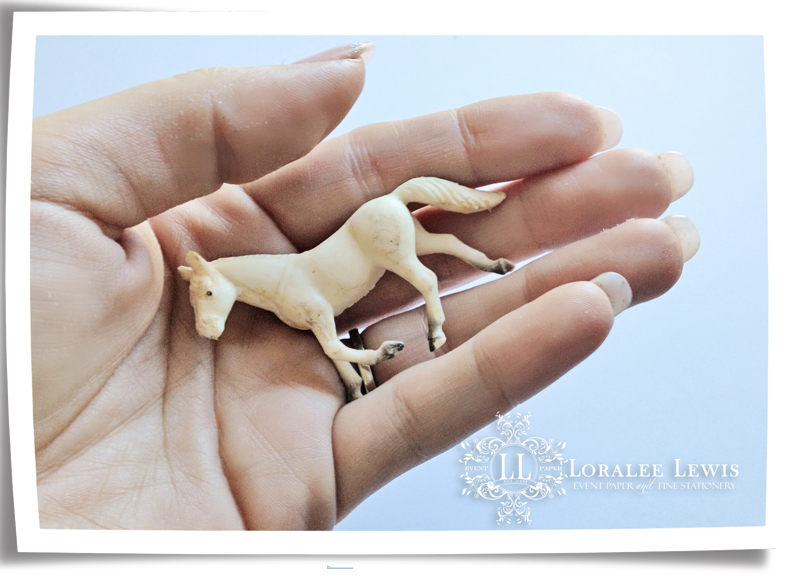 Months and a few miracles later, I flew my Ethan home to the United States.  Now, I keep my little white horse by my desk to remind me that God comes.  He will come riding at reckless abandon to fight our battles for us.  And He always wins. When you feel defeated, know your White Horse is coming.  The Lord doesn’t abandon us. 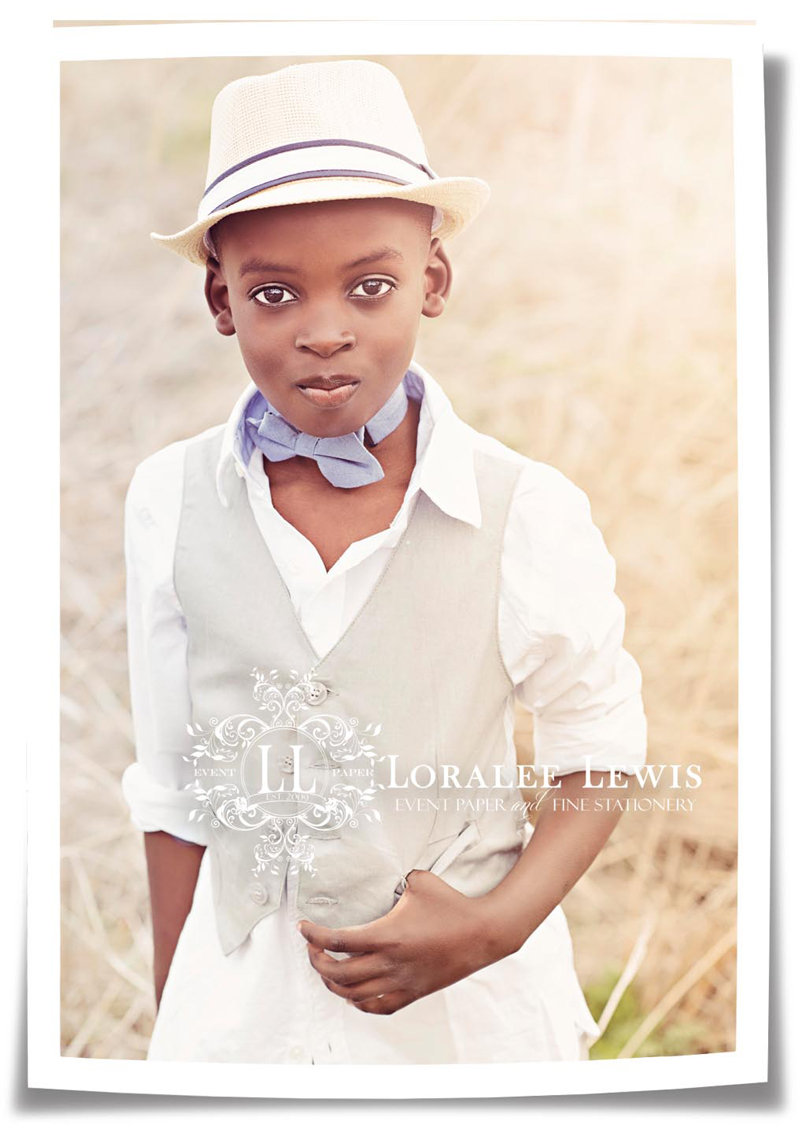 I will blog to you soon!

We had Better Homes and Gardens at my house last week doing TWO photo shoots for next year’s mags!  Ahh! Can’t wait to tell you about it!