n January, my husband and I took a risk.  We packed up our little family and moved west.  As I pulled out of our driveway, I began to cry. Was I making a huge mistake?!? For the past seven years, I had called that house –  home.  My mind raced. The house I was driving away from was where I had brought my babies home.  I thought of my little ones taking their first steps and saying their first words in it’s hallways.  I thought of all the people who had been welcomed and the parties thrown.  I thought of how I had taught my children to pray in it’s rooms.   I thought of the moments those walls had witnessed.  My cry turned into an ugly uncontrollable bawl.

As I stopped to turn out of our Texas neighborhood for the last time (gulping air in between unbecoming sobs), a building caught my eye.  It was a large church I had passed a million times.  The church had Christmas lights still strung from the roof.  I stared at the lights.  It was weeks past Christmas. They seemed out of place on the church.  Annoyed, I immediately stopped crying and crinkled up my nose. Why don’t they take those down? I scowled.

Then it hit me. Even the most sparkling wonderful things in life, no longer shine and touch hearts the same when they have hung on past their time. I was hanging on.  I was a Christmas light on January 14th.

It was time for me to leave Texas. I knew it. My heart knew it. And no last minute emotions could change it. So I gave myself a scolding, made the left turn, and headed northwest. 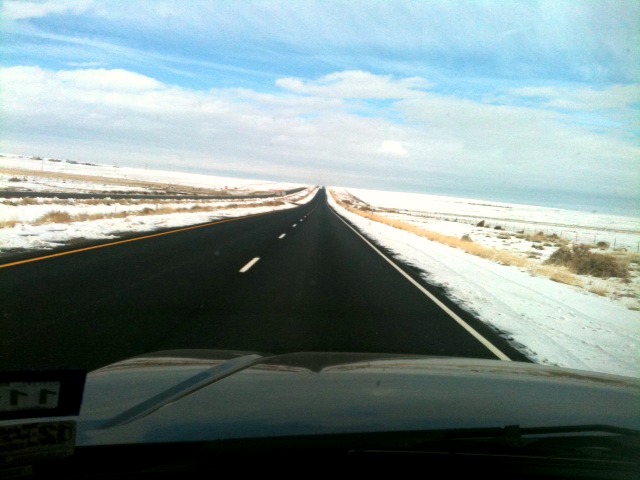 As I drove, I wondered about all the wonderful things that would have happened in the world had we all not worried about what others thought and just went for it!  If we unapologetically followed our spirit, what could happen?  Sometimes I feel that we do not know our mission, because we are too worried about living out the one we think others have for us.  Why don’t we all just listen to our individual spirits, blockout the naysayers and believe in ourselves. I do not believe that God has a mission for any of us that is less than 100% spectacular.  So why be afraid of living it?

There are a few times in all our lives where we have to throw logic to the wind and follow what we feel our spirit is telling us.  They are life-altering decisions.  But then there are other times, every day decisions, small risks, that we often shy away from because we worry about what others will think – which in reality may be more impactful on our life in the long run.

The small risks may actually shape our lives more than the so-called “life altering ones.”  Deciding to throw that large dinner party even though it scares you to entertain.  Putting your swimming suit on and jumping in the pool with the kids despite your lack luster thighs.  Trying a new recipe for Thanksgiving.  Calling an old friend out of the blue.

Now the dinner party may end up being a complete debacle.  You may end up getting a third degree sunburn by showing your  legs that haven’t seen sunlight in years.  Your mother-in-law may forbid you from ever cooking for Thanksgiving.  And your friend may actually turn into an archnemesis.  But you never know. You may end up being the hostess with the mostess, leave a lasting summer memory with your child, start a new Thanksgiving tradition, and rekindle a relationship that will last a lifetime.   I have to think that it’s worth the risk.

Leaving Texas was a risk.  Mr. Lewis was Vice President of his company and had a comfortable income.  But I cannot say we are afraid.  I think there is a quiet peace that comes over you whenever you know you are following your spirit – even if it’s risky.  Sometimes a leap of faith is actually more like a warm blanket being wrapped around your shaking shoulders.  Don’t you think?

Now that we have moved (and I had 22 hours of driving to think), I am focusing on taking small every day risks.  I don’t want to be a Christmas light burning bright on St. Patty’s.   I don’t want to be hanging on to what is comfortable.  Turning 30 in a few short days is pretty enlightening.  I really don’t have time for playing it safe.  I don’t want to wake up in 30 more years and wish I had done some things.   So today, I am designing new invitations, planning more elaborate events for clients,  trying a new recipe, and trying my best to step out of my comfort zone daily.

“Until one is committed, there is hesitancy, the chance to draw back, always ineffectiveness. Concerning all acts of initiative (and creation) there is one elementary truth, the ignorance of which kills countless ideas and splendid plans: that the moment one definitely commits oneself, then Providence moves too. All sorts of things occur to help one that would never otherwise have occurred. A whole stream of events issues from the decision, raising in one’s favour all manner of unforeseen incidents and meetings and material assistance, which no man could have dreamed would have come his way. I have learned a deep respect for one of Goethe’s couplets: Whatever you can do, or dream you can, begin it. Boldness has genius, power and magic in it.”

Blog to you soon,